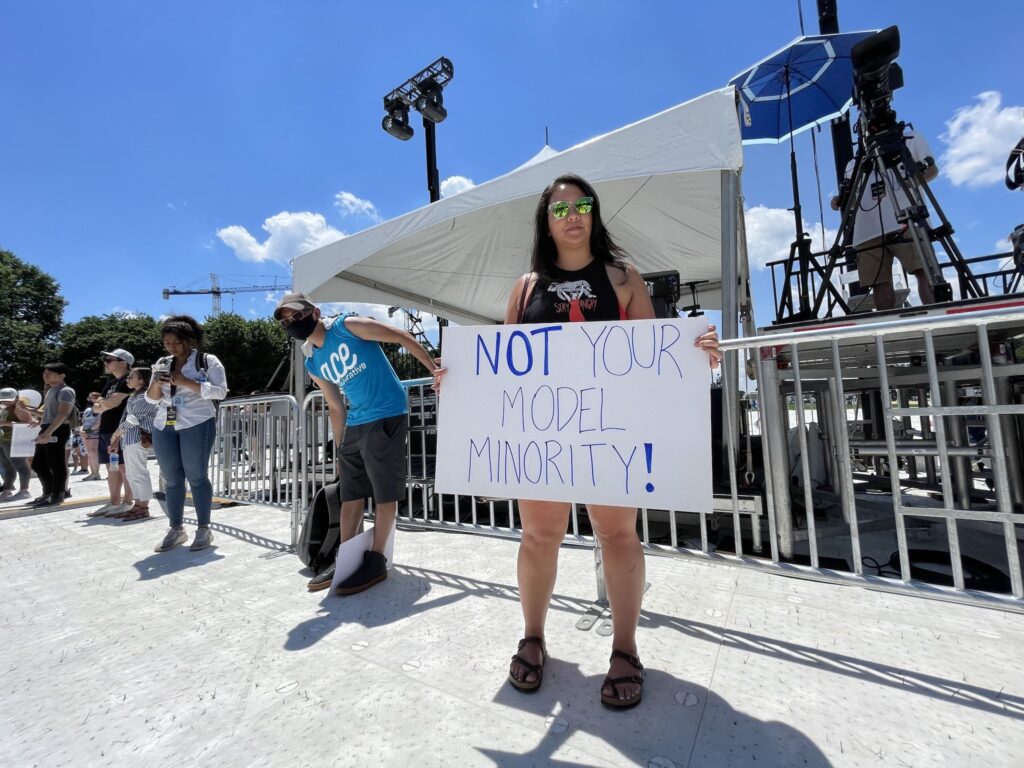 Many of us have some level of understanding about the  model minority myth. I am sure many of you reading this have experienced firsthand the negative effects of the model minority myth. Only now at 21 years old am I able to admit that I have been affected by it. It makes me wonder how many people, like me, go through life oblivious to the idea that race and ethnicity impact so many aspects of our day-to-day lives. It is a privilege I acknowledge and am learning to accept as I grapple with being a White-passing young Asian American woman that looks as if she could never understand what it means to be a part of this minority group due to my appearance. This identity dilemma followed me to college as I struggled to decide whether or not to check that extra box next to “Asian” under the race section on my applications. For some reason, I had this idea in my head that acknowledging who I am to these college admissions boards could hurt my chances of getting in. Because all Asian Americans are smart and hardworking, right? Would my resume and transcripts be more impressive if I identified as only White? As college admission season rolls around again, I have talked with many high school seniors contemplating this same decision. I wanted to know why so many of us feel a sense of hesitation, or even fear when checking that extra box and what I found was a wealth of information on the debate about whether college admissions leave Asian American students out of affirmative action programs and policies. Before researching the various perspectives on this topic, I did not know enough to have a concrete opinion. However, after reading about various students’ personal experiences and the numbers behind each perspective I cannot say I do not have a strong opinion on this topic. That being said, although I am not neutral this article will focus only on the information I found. One side of this debate argues that universities do, in fact, discriminate against AAPI students. Many focus on distinguished universities, such as Harvard and the other Ivy League schools as having policies that allow for the discrimination of AAPI students in the admissions process. An interesting article by the Asian American Coalition for Education identifies trends regarding the acceptance rates of Asian American students’ college admissions. The article reports that in recent years, lawsuits have been filed against Harvard University on the grounds of discrimination against Asian American students. Statistics from 2012 seem to support this theory as enrollment of Asian 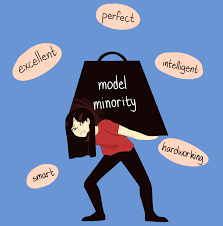 American students at Harvard dropped drastically in the early 90s and then remained stable over the last 20 years despite the fact that the Asian American population in the United States has more than doubled in that same time period. As of 2009 with respect to elite college admissions, Asian American students had the lowest acceptance rate for each SAT score bracket and those who were accepted scored between 140-450 points higher than White or other minority students. One of the theories behind this side of the argument is that Asian American students are being excluded from affirmative action efforts on account of the stereotype that as the “model minority” they must meet higher standards to be deemed successful. The other side of this debate continues to focus on Asian American admissions to the most competitive universities saying that with the increase in the Asian American population over the last 20 years, there has been a subsequent increase in the number of applications. An article detailing a study by Georgetown University’s Center of Education on this topic shares that Asian American students are more likely to apply to competitive colleges regardless of their test scores compared to non-Asian American students; again, increasing the number of applications and rejections for those students with lower test scores. Another popular argument on this side points out statistics on the success of the Asian American population. For example, in a New York Times article, an excerpt of a letter written to the Harvard Crimson a student pointed out that, by all accounts, Asian Americans “have attained an above-average standard of living.” Data from the Pew Research Center supports this theory with collected data on average income and educational attainment for Asian Americans being higher than the national average. While this data acknowledges the diversity within Asian origin groups, it is being used to support the notion that Asian Americans, overall, are successful. Based on my findings, this side of the debate makes no attempt to say that Asian American students benefit from affirmative action efforts and programs but that they are not hurt by this process and look to other factors that contribute to what appears to be a gap between the Asian American student population and admission to competitive universities. With all this being said, I must point out the lack of numerical data as well as testimonials available on both sides of this debate. It took hours to find reliable information that I felt confident in not only sharing with the public but also forming my own opinion on. Of course, it is always easy to say more research needs to be done and while it is often true I do believe much more research needs to be done on this topic. I will reiterate that this is not meant to be a persuasive piece, however, this is impacting Asian American students in one way or another. At the very least, we know that the stereotypes perpetuated by the model minority myth have an impact on the way young Asian American students think about themselves in their college application process. Continued research on possible discrimination against this minority group must be performed alongside efforts to abolish the model minority myth because no student should have to worry about checking that extra box. About the Author: Olivia Beach is a second-generation Vietnamese American currently residing in Allen, Texas. She is a  junior at Villanova University majoring in Political Science and minoring in Peace and Justice. After graduation, she is looking to attend law school and find a career in public policy.